How the Mariner's Astrolabe Works 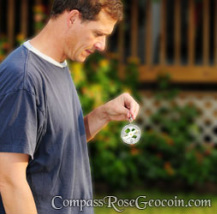 History of the Mariner's Astrolabe

Photograph of a rare, original mariner's astrolobe
In the 1480s CE, the mariner's astrolabe was used on the Portuguese's circumnavigation of Africa. The first documentation of how to use and how to make this device was not made until 1551 in Arte de Navegar by Martin Cortes de Albacar. The basic principles of this instrument are similar to the archipendulum that was used in Egypt to construct pyramids.  The exact origin of the mariner's astrolabe is not certain. For instance, Samuel Purchas, a English cleric who published the travels of travelers to various countries, claimed that the mariner's astrolabe was created and adapted for the use of marine navigation by Martin Behaim, a Spanish explorer in service to the King of Portugal. This device was known to have been most popular in the 15th and 16th centuries. After that, it was replaced by much more accurate tools.

Impact of The Mariner's Astrolabe 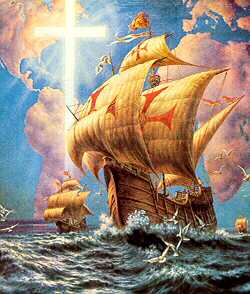 Ship used by Portuguese during 1500s CE
_The Mariner's Astrolabe wasn't around for too long, but it had a significant impact. The device was popular in the late 15th and early 16th centuries, until it was replaced by more accurate tools such as the Davis quadrant. At the time, the world was expanding. One of the most important things a region needed to expand was proper navigating technology. At this time period, the mariner's astrolabe was the most accurate device in detecting latitude. It allowed ships to locate their latitude and help them get an even better sense of their location than a compass could. However, it wasn't a very good tool in comparison to tools of today. It was even common for the device to be off by a couple of degrees. While the mariner's astrolabe did help the Portuguese, for example, notably in the circumnavigation of Africa, it was especially significant for acting as a bridge to better technology and devices. John Davis was able to develop the Davis quadrant by studying the mariner's astrolabe's designs and making it better and more accurate.

While the mariner's astrolabe was only around for a couple of centuries, it still was able to have a significant impact in history. The instrument allowed for easier transoceanic trade and travel for Europeans. Most significantly, this device became popular in the largest worldwide expansion in history, and helped contribute to creating a better understanding and worldwide knowledge of the world's geography. Alongside this is that the easier navigation of ships allowed for better trade and thus an improvement of the economies of the world. Europe was able to trade with and travel to places that they had never been before or were very unfamiliar with, such as the Americas and parts of Africa. The faster means of travel helped trade to be a faster process too.
Because the mariner's astrolabe made it easier for Europeans to travel the world, it also made it easier for them to spread and broaden their culture. For example, Europeans were able to travel farther distances, and get a better understanding of the world. This enabled them to depict what they saw through art. The mariner's astrolabe was also significant in the big picture of history in terms of technology and intellect. While this device was not the best in history at detecting latitude locations, it was the best at that time period. It's basic knowledge also allowed for scientists, astronomers, and navigators to improve ways to find latitude, longitude, and general locations in the future.  For these reasons, the mariner's astrolabe was an important tool in the Europe's history, despite its flaws and short popularity span.
Bibliography: