Imperialism In General Weakens After WWI 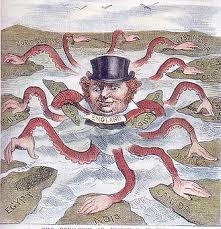 European Imperialism of Africa
Before discussing why the outcome of World War I led to the weakening of direct imperial powers, it is important to realize that WWI was largely caused because of conflict between the imperial powers of Europe. In the era before WWI, it became standard in Europe for countries with more imperial colonies to be seen as the strongest powers of the continent. The most developed European countries were all competing to get African colonies, which contained inexpensive labor and a cheap way to produce goods. This and the fact that nationalism fueled imperialism caused the increasing rivalry, tension, and conflict between the European nations,and often in the colonies themselves. All of the European superpowers felt they were the best, and each wanted to be the ultimate power—an impossible goal for multiple countries to have. While imperialist expansion wasn’t the only reason behind WWI, it certainly helped cause it.

Now to get to the point: because of imperialism and many other reasons, WWI struck Europe—and had an overall net weakening effect on direct imperial powers. One way WWI weakened these imperial powers is because the war caused them to spend loads of money. They needed to fight and defend themselves, protect their colonies—which were vital means of gaining profit—and finally, protect their nationalist pride and superpower status. By the time WWI ended, most of Europe was impacted financially, geographically, socially, politically, and culturally—almost completely in a negative way. While WWI weakened direct imperial influence overall, it is important to realize it affected each country differently, and to different extents.

For example, the Treaty of Versailles, which ended the war at the Paris Peace Conference on June 28, 1919, severely weakened Germany’s military force and forced them to give up a bunch of land. Poland, for instance, was re-established when Germany gave Poland’s land back to them.

The weakening of the Imperialist Powers during WWI and WWII led to the demise of these nation’s abilities to successfully directly rule their colonies. Because they no longer had as much control, people living in the colonies began to campaign for their rights, leading to many specific independent movements. The most notable movements include the ones that are discussed as follows.

However, several other movements were able to eventually have positive results because of the weakened state of the European imperialist superpowers. There were many other additional movements including The Indian nationalist movement in South Africa.  Mandela and the African independence movement did not occur until about a decade or so after WWII. 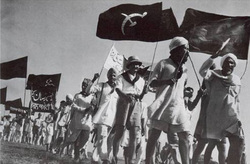 India's Independence Movement
The outcomes of WWI led to the weakening of direct imperial influence in the Indian Independence Movement in two ways:  (1) India’s population grew stronger and more motivated to gain independence, and (2) Britain’s imperialist hold significantly weakened. After the war, human anguish in India intensified. Heavy taxes, high inflation, an influenza epidemic, trade disruption, and high death rates were all caused by WWI and resulted in intense nationalism.  Just as importantly, a nationalist movement made up of moderate and extremist groups stood as a unified front in politics and showed that India was capable of ruling themselves. Meanwhile, just after the war, Britain gave up a lot of power in India. In August 1917, Britain’s secretary of state for India Edwin Montagu announced in Parliament that the British policy for India was "increasing association of Indians in every branch of the administration and the gradual development of self-governing institutions with a view to the progressive realization of responsible government in India as an integral part of the British Empire."  India was given even more hope when the Government of India Act 1919 was passed, introducing a diarchy. Elected Indian representatives and chosen British executives now shared power.  Gandhi was also a factor that helped the Indian Nationalism, as he conveniently arrived back into India after WWI. After WWII, India continued to progress in it's Independence Movement.

In contrast to the many other independence movements after WWI, Vietnam actually gained motive to attempt to gain independence after France strengthened their direct imperialist hold. This was still an outcome of WWI. Vietnam demanded more Vietnamese people to have political power, a modern bureaucracy, and the ability for all to become French citizens. While none of these demands were met, Vietnam still persisted, despite the odds not being in their favor, to gain independence, and very slowly progressed over time. 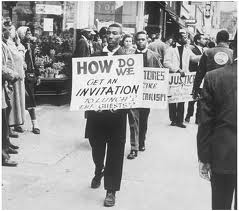 Africa's Independence Movement post-WWII
Africa’s main reason for wanting independence was because European imperialists had divided it in inappropriate ways that mixed the conflicting cultures of different tribes. The European Imperialists had drawn random boundaries between their African colonies with only their own convenience in mind. In contrast to the Independent movement of India, Africa was not nearly as successful, as Europeans still had great influence, particularly in terms of racial issues. Because of the weakened state of imperialism in Europe after the World Wars, especially of Great Britain, and partially by the influential successes of independence movements in other countries, South Africa was able to gain independence before WWII, and post-WWII independent movement efforts and leaders such as Mandela allowed other areas to gain independence as well.

Misfortune caused by WWII that led to Nationalism
After the Second World War, the result was a significantly large rise of nationalism and decolonization. After World War II, European colonies still controlled more than one billion people all through the world.

However, this powerful reputation of European was challenged when Japanese occupied large portions of British, French, and Dutch territories in the Pacific. This deterioration of European rule caused rapid growth of nationalist independence movements in Asia — especially in Indonesia, Malaya, Burma, and French Indochina. There were many independence and anti-colonial movements in which those who rebelled were identified and arrested by colonial powers. This only strengthened Asia’s fight for independence.