_“Seek knowledge even if it takes you to China” 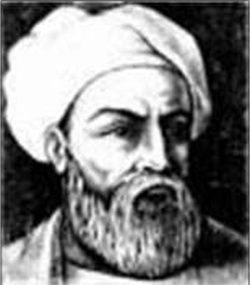 Ibn-Battatu was born into a rich family in Tangier, Morocco. His plan as a young man was to become a judge. After his studying, he decided on making the journey to Mecca, leaving his friends and family back home, to travel 3,000 miles to conduct the pilgrimage which is required by Islamic tradition.

Ibn-Battatu traveled to Mecca overland, following the North-African coast. He stayed in Tunisia for 2 months and then continued toward Mecca. He made a couple stops in Cairo and Alexandria, and he marveled at their beauty before heading farther up the Nile River. He traveled with 3 rules: to never travel by the same road twice, to make sure he gained knowledge, and always ensure his safety. As he traveled up the Nile, he was forced back by a local rebellion. Ibn-Battatu almost always traveled in caravans to ensure his safety. After leaving Cairo again, he traveled down the Nile and sailed the red sea into Arabia on his way to Mecca- every Muslims dream. But before that he had to cross a treacherous desert, where no settlements were even remotely close.

He finally made it to his destination after making it through Syria, where he stayed for the duration of the holy month of Ramadan. The distance from Syria to the holy city of Medina (which is close to Mecca) is 15000 km (930 mi) all on camel in a huge caravan. Once he made it to Mecca, he glorified it, praised it and was astonished by how many people from all over the world, just like him, had made the pilgrim. He can now be referred to as an honorable El-hajji which in Arabic means Hajj completer. Rather than turning back home, Ibn-Battatu decided to carry on with his travel and gain more knowledge to write down.

He decided that his next stop would be the Ilkhanate, a Mongol Khanate, to the northeast.  He does not describe this travel a lot, and moved on quickly to Iraq and Persia. In Iraq, he met many Shia’a Imams and conversed with them about religion, philosophy, and theocracy. He also visited Persia, but does not describe it in his book.

Ibn-Battatu was a man who traveled the world and interacted with rulers, and he basically gained his wealth by becoming friends with royalty, who in turn gave him money, gifts, and concubines as he traveled the world. Below are the rest of the places where Ibn-Battatu traveled. 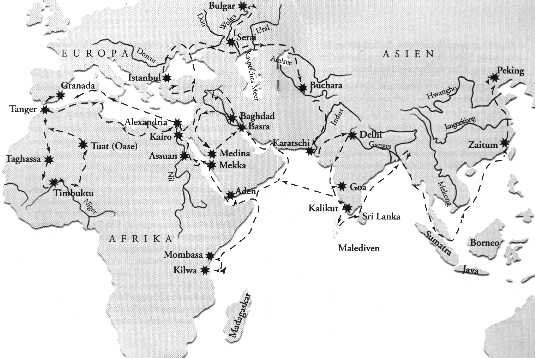