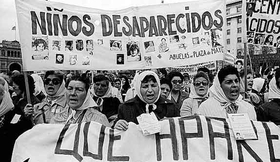 People in Argentina marching against the Depression.
After WWI the entire world experienced a Great Depression. This was the first sign of how globalization effects the whole world. In Latin American countries the Great Depression effected them greatly. From the 1800's to the early 1900's many Latin American countries had an export-based economy. When the Great Depression took effect, Latin America was hit hard because of the lack of trade. (1) In Manuel F. Jimenez's book El Cambia, he explains the economic conditions of the time peiod. He wrote his book in 1921 when the Great Depression was just beginning. From his book it is easy to see that, already, Latin America was being effected by this economic downturn.  He writes, "...En general la crisis financiera que sufren los mercados extranjeros en que Costa Rica coloca sus productos, inspira serios temores." (2 p 12) This translates to, "In general the financial crisis affecting foreign markets on which Costa Rica placed their products, inspires serious fears." This shows how globalization has created a world economy, not just national ones. Because this document has to be translated it could be interpreted the wrong way. Along with that, it is hard to determine who Sr. Jimenez is, in the beginning of his book he lists himself along with other people who are described as doctors, but it is unclear as to what his profession is. This makes him lose credibility. To get closer to the truth it would be good to have a chart showing the exports in Latin America before and after the Great Depression. 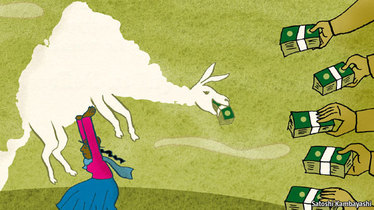 Rising inflation in Latin America is still a problem today.
Import Substitution Industrialization is an economic theory that originated in Latin America and is normally used by developing nations and is based on Keynesian Economics. This theory focuses on the protection and growth of national industries so that they can compete with imported goods and make the local economy more self-sufficient. (3) Many Latin American countries employed this policy after WWII. After the Great Depression, many of these countries realized they were too dependant upon other countries, so they employed tariffs, import quotas and subsidized government loans, in order to help their own countries. Unfortunately, this system didn't work for them and by the 1950's they had opened the markets back up to a some-what free market. This system failed because the state operated coorperations functioned as monopolies and no competition was created in the markets. In the end, Latin American countires that employed this method couldn't keep up with the capitolist markets throughout the world. 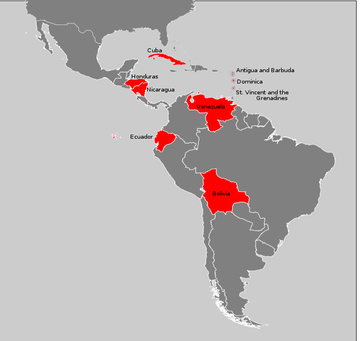 In 1959, Fidel Castro came to power in Cuba. He was helped by Che Guevara who was a Marxist. This was the first socialist revolution in Latin America and it inspired many after that for a few decades. Che Guevera also traveled to Bolivia, and Argentina throughout his years before being assasinated in Bolivia on October 9, 1967. Socalism is so popular to many of these countries because of the inequality between the rich and the poor. Some people are very rich while many others are not. It truly is the "one percent", because of this socialist ideas took hold in Latin America. The map to the right shows the countires today that are socialist: Cuba, Honduras, Nicaragua, Venezuela, Ecuador and Bolivia.  Many of these are led by dictators and the countries are now worse off then they were before. Although the poor people before voted for these  ideas because they promised social reform, the problems have not been solved and more and more people are against these governments.(4) 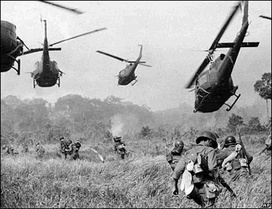 The Bay of Pigs Invasion
Ever since Communism and Socialism started becoming popular after WWII, the United States has made it a perogative to stop Communism from spreading. This is also true in Latin America. When Che Guevara started leading the socialist charge, the United States started to look in interest at these developing countries. Perhaps the most famous interference from the U.S. is The Bay of Pigs Scandal, but there have also been successful U.S. interventions, the Independence of Pananam in 1906 for example. (6) One can see the American thoughts behind the Cuban dictatorship through John F. Kennedy's speech given to the Nation after the Bay of Pigs Scandal. He says, "On that unhappy island [Cuba], as in so many other arenas of the contest for freedom, the news has grown worse instead of better. I have emphasized before that this was a struggle of Cuban patriots against a Cuban dictator. " (5) From this quote it is easy to see the hatred of Communism and Socialism that many people had at the time. However, because this is just one man's point of view it cannot be assumed that it is true for everybody. Along with that, JFK was President at the time, and his speech may have been purely political, not necessarily giving the whole point of view. To negate this, it would be necessary to see a document from the point of view of  a poor Cuban worker and another one from the point of view of the average American man. These would help get another point of view. the Cuban document would provide evidence of whether or not the Cubans wanted the Americans there, or if they were happy being led by a dictator. While the American document would prove whether or not JFK's speech was valued by many Americans, or it was just a political speech. 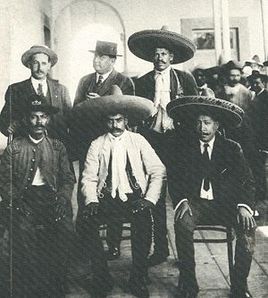 Members of the Mexican Revolution 1810
The Mexican Revolution took place all over Mexico and was lead by Father Miguel Hidalgo who invited Indians, mestizos, criollos, and peninsulares to join together.  This revolution was caused by Napoleans invasion of Spain, social inequalities and Miguel Hidalgo's death and was directed against Spanish domination of political and economic life in New Spain. On September 16, 1810 Hidalgo decided to strike for independence. The church bells summoned the people, and Hidalgo asked them to join him against the Spanish government and the peninsulares in the famous Grito de Dolores (Cry of Dolores): "Long live Our Lady of Guadalupe! Death to bad government! Death to the gachupines !" The crowd responded enthusiastically, and soon an angry mob was marching toward the regional capital of Guanajuato. Guanajuato was the rebellions first victory and they continued to be victorious up until March of the following year. After a few hard years they finally gained their independence in Febuary 24, 1821 when Iturbide proclaimed three principles, or "guarantees," for Mexican independence from Spain: Mexico would be an independent monarchy, criollos and peninsulares would enjoy equal rights and privileges, and the Roman Catholic Church would still have its privileges and religious monopoly. After convincing his troops to accept the principles Iturbide persuaded Guerrero to join his forces in support of the new conservative manifestation of the independence movement. (For more information, go to the Mexican Revolution page in Chapter 5.) 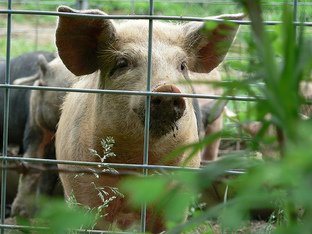 Pig farm in Mexico.
After the Mexican Revolution in 1810 Agrarian Land Reforms started to take place, starting with the Lerdo Law of 1856. through this law, passed by Miguel Lerdo de Tajada, the government forced all the Mexican churches to sell their properties. This started the formation of the famous rancheros. These farms, ran very much like feudal states. Then in 1910 and 1934 more land reform programs were created. After the Revoltion of 1910, many lands were redistributed amond the Mexican farms. It became a very imporant part of the nationalization process, also known as "Mexicanization". (7) These reforms completely changed agriculture in Mexico, now throughout the country many peasants own small parcels of land to grow crops on. There are even land reforms happening closer to today. In 1992, President Carlos Salinas de Gortari passed a law to change Article 27 of the Mexican Constitution. This change would deregulate some of he communal land, also known as ejido.  President Salinas de Gortari says, "The underlying aim of the reform is to modernize large sectors of Mexican agriculture which are seen widely as innefficient and kept afloat by large-scale government support. In a restructured Mexico - and particularly post NAFTA - privitization (or more strictly speaking 'deregulation') of the ejido was considered necessary." (8) One can see from this that Mexico was effected by the globalization of the world. If this were not true then Mexico would not necessarily care if NAFTA wanted the ejidos deregulated. This document is from the President, explaining the reasons for his proposal, it might also be useful to have a document from NAFTA that shows whether or not NAFTA wanted the ejidos deregulated. This would help explain the reasoning for the land reforms.