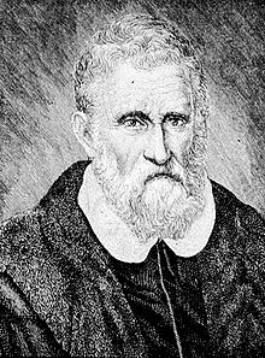 Marco Polo was a Venetian merchant traveler and trader.  He wrote about his travels in a journal which helped Europeans learn significantly more about Central Asia and China.  He was well educated and learned necessary merchant skills such as foreign currency, appraisal, and the handling of cargo ships.  His most famous journey began in Constantinople and continued as far east as Pagan in southern Asia. Polo returned to Constantinople, bringing with him many different luxuries including spices, porcelain, gunpowder, silk, and many other new technologies and goods.

It was in Bukhara during his travels that Polo came in contact with Kublai Khan.  Polo told him of his many voyages across Europe.  He told him about the European legal and political system.  He also told him about the Pope and the Church in Rome.  After answering all of Kublai Khan’s questions, he asked if he could deliver a letter to the Pope requesting 100 Christians acquainted with the Seven Arts and that an envoy would bring him back oil of the lamp in Jerusalem.  Marco Polo’s mission was delayed because Pope Clement IV died and they were waiting for his successor.  It was partly because of the fact that the Kublai Khan sent him, as well as the confusion surrounding the Pope’s death, that the Europeans believed that Marco Polo was a Mongol trader.  In 1271 he embarked on a voyage to fulfill the Khan’s request.  They sailed to Acre and then rode to Hormuz.  They continued until they reached Khan’s summer palace in Shangdu.  The exact date when he arrived is unknown but it is to be estimated to be between the years of 1271 and 1275.  Reaching the Yuan court, he presented the sacred oil from Jerusalem and the papal letters to their patron.  From there Khan wouldn’t let him leave for he was afraid that they wouldn’t make it home safely, and if Kublai Khan died he was worried that his enemies might turn against them because Marco Polo was in close involvement with the ruler.

In 1292, the Khan’s great nephew, then the ruler of Persia, sent representatives to China in search of a potential wife.  So the Khan decided that Marco Polo and his brothers should accompany them to Persia.  During the two year voyage, only eighteen of the six hundred people survived.  Marco Polo and his brothers made it out alive with the wedding party.   When he returned to his home town 24 years after he started his voyages, he found Venice at war with Genoa.  Polo was captured and imprisoned.  He read the book of this voyages to his cellmate.  He was then released in 1299, became a wealthy merchant, married, and had 3 children.  Polo died in 1324 and was buried in San Lorenzo.

Marco Polo has been undoubtedly one of the most vital unifying forces throughout history. His travels helped connect east and west, thus opening new doors for the exchange of ideas and technology. Polo will be remembered as one of the most crucial travelers in history because of his uncanny ability to connect different civilizations to trade and communication through his writing and ambassadorship. It was in the wake of Marco Polo that the age of exploration began to take shape and significantly alter Western civilization for years to come. 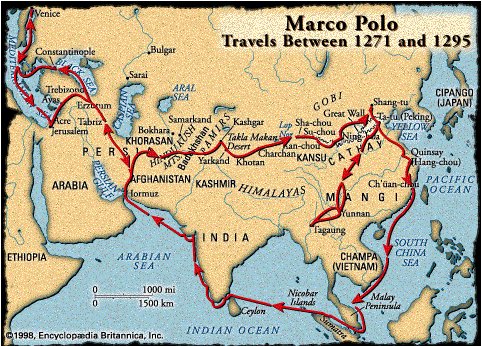