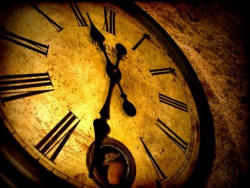 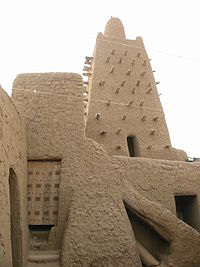 Timbuktu, a city that flourished after being absorbed in trade 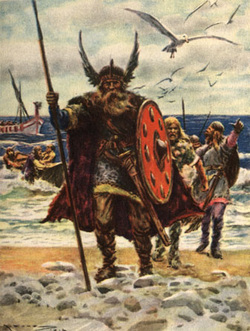 Vikings did more then Conquer and kill, they traded too! 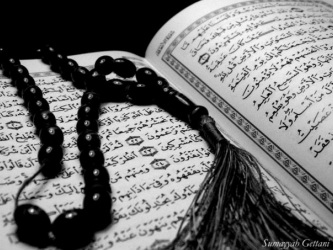 Religion was traded frequently, which shaped culture
Expanded trade throughout the world during the third wave civilizations had a huge impact on cities.  Economically, trade made cities very prosperous, and allowed them to obtain
resources and goods that they otherwise would not have access to.  Trade affected city structure by encouraging job specialization in occupations that produced goods meant for
foreign markets, rather than goods in people's own communities.  This made cities less self-
sufficient, and therefore more dependent on each other for trade.  Social structure in cities was affected in that traders became a social group that made others suspicious.  The suspicion came from the traders becoming wealthy without actually producing a good themselves.  In some societies, like the Chinese, trade allowed for social mobility, because merchants were able to buy large estates and have a high social status.  Also, people that were able to acquire goods from distant lands placed themselves above lower classes with their exotic and luxurious goods. Political life was sometimes changed when states were formed because the governments wanted to control and tax the trade of the area.  Some societies were able to sustain themselves because of the control and money through trade, when they otherwise would have collapsed.  Political problems presented themselves when the question of whether trade should be left in private hands or controlled by the government appeared.  Trade further affected cities when religious ideas, technological innovations, scientific developments, disease-bearing germs, and foreign plants and animals were passed between continents along with the goods.  The city of Baghdad in the Muslim Empire was the home of scientific developments and knowledge, while the Swahili city-states largely adopted Islam because of its spread through trade. 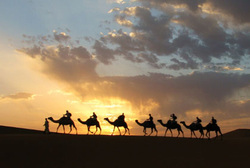 Increased trade allowed for developing areas to grow stronger
The ways trade expanded were through the Silk, Sand, and Sea Roads.  The Silk Roads connected all of Eurasia, while the Sea Roads connected East Africa, the Middle East, India, the Pacific Ocean Islands, and Southern and Eastern China.  The Sand Roads linked West Africa across the Sahara to North Africa and the Mediterranean Sea.  Across all of these routes were cities that grew from the trade.  The cities acted as relay stations along the Roads, as goods passed from hand to hand across continents.  The Silk and Sand Roads on land were the most prosperous when powerful states provided security for merchants and travelers.  Societies like the Byzantine Empire, the Muslim Abbasid Dynasty, the Tang Dynasty, and large but brief Mongol Empire allowed for this expanded trade, and therefore for the wealthy cities that resulted from it. Cities such as Malacca and Calicut were relays along the Sea Roads. Timbuktu was a prominent stop in the Mali Kingdom along the Sand Roads.  Venice became a major commerce center with active merchants in the Mediterranean and Black Seas, along with the Atlantic Coast.  It acquired many good from Asia by the Egyptian port of Alexandria.