With the devolopment of nationalism, people became more inclined to serve their country in the military. with the developement of these new nations armies were formed to protect their interests. Early militias were composed of voluteers who felt very strongly for their country and it's interests. revolutions coencided well such as the American revolution, which was Americas independance from their oppressive rulers in Great Britian. The American society did not want a strong monarchy and preferred a democracy, which they were willing to fight for no matter the cost. 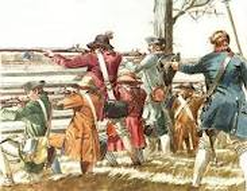 Societal changes were prevalent and attributed to revolutions, nationalism, and democracy. The general population was becoming more educated and began to see the wrongdoings of their superiors. People began to take over their governemnts in order to replace them with a more fair government, which lead to the rise of democracy and nationalism. The average person began putting a label on themselves based on the nation of which they lived. This nationalism also attributed to fierce competition and rivalry between opposing nations. 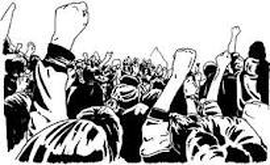 New governments and political ideas were fueled by revolutionary and enlightenment thinkers. Ideas of equality, property, and freedom became things worth dying for to many. Political change coencided with revolution because when the people would overthrow their oppressive superiors, there had to be a form of government to replace it. Democracy fit well with the people because it was the will of the people and allowed for freedom in all senses of the word. Because people were more proactive in their own governing, it fueled nationalism and a pride for one's nation. The politcal changes ultimately stuck into today and democracy can be seen across the world as a symbol of freedom. 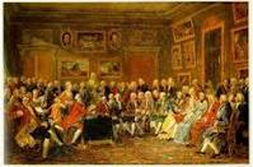 Revolution in many places could be attributed to the uneven distribution of wealth. while the monarchs and other ruling classes lived in luxury, their people starved and lived in squalor. the people rose up against them and put in place democracy which encouraged a free economy. This free economy created wealth all across the world and the average person could be born in a slum and die in a mansion. With the mobility of class and social status based on income, people were more incentivesed to better themselves which lead to the developement of many world economies in the time period. Some of the nations GDP percentages rose exponetially in very little time. Most notably the americas, with a GDP of .5% to 23.4% in a single year. 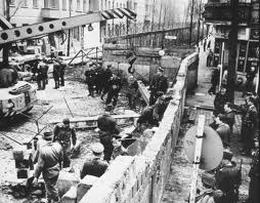