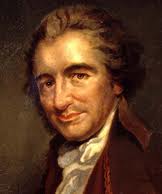 “If universal peace, civilization, and commerce are ever to be
the happy lot of man, it cannot be accomplished but by a revolution in the
system of governments.” – Thomas Paine 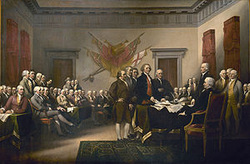 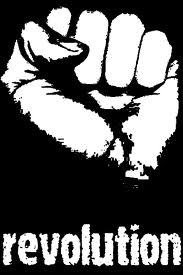 Thanks to great enlightenment idealist emerging at this time is the reason for a revolutionary mentality when the current government system is failing to appease the people.


It was for their outspokenness that is commended for it may have never give rise not only to America’s democracy, but democracies in other countries.

Fall of Berlin Wall
This is an example of a strong central government collapsing
letting the people of Eastern Germany undertake a great change into democracy. Constantly the people rebelled against their tyrant like government in nonviolent and violent ways. For the people to self govern themselves was their hope and dream for their nation. The revolts would be comparable to the civil rights movement in America. There were the peaceful politicians and the radical violent protesters that revolted the government with extreme hate.

Revolutions were at most times the only option for a democracy to be step-up. There is a famous quote “Freedom isn’t Free” a price must be paid for a free governing democracy to be born. At often the price will be paid with the lives of revolutionist that bravely stood up for their beliefs, so that a people run government could exist. Revolutions and democracy may not be a perfectly bond subjects, but throughout history they have been constantly intertwined with each other.