While areas of the world have their own distinct cultures and practices, they are slowly assimilating into one, big homogenous culture with traits from powerful nations. Old cultural beliefs are being swept aside for the new world's views on human rights, economics, and sciences. The culture is primarily being distributed by Capitalist nations such as the United States, Britain, Germany, and other powerful players of the world. While some nations accept this culture with open arms as a chance to grow, others feel it as a personal attack on heritage and custom. Regardless, The world is slowly accepting this "culture" brought on by the west. Some call it Westernization and others refer to it as Americanization.

The spread of the "Western" culture throughout the world began after WWII with America being one of two influential superpowers in the World. However, conflicting ideals with rising communist nations and the capitalist west began a struggle for power. This struggle lead to military actions such as Vietnam and the Korean War. Although  war was never declared, capitalist nations and communist nations sent troops to stop the spread of the opposers ideals. This later lead into the cold war, which lead to the fall of the USSR, and the rise of Capitalism as the main economic power in  the world, with the United States having the biggest influence over the world. After that,  the US has spread its views of economics and scienctific developments throughout the world with tremendous weight. Projecting these views and western cultures over nations has caused descrepincies over if the US is an aiding or opressive figure in the world.
The video above covers topics of how western culture is integrating and changing the country as a whole from everything from sports to topics on television. 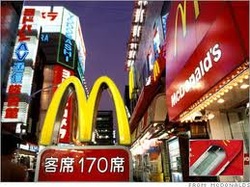 As a whole, the world seems to be accepting the western ideology. Western companies and television shows are growing in popularity. Capitalism is starting to drive more and more of the world. Western nations have companies and ideals in almost every nation on the planet. KFC is the number one most visited fast food restaurant in China. The Vietnamese constitution is modeled exactly by the American Constitution. Westernization is affecting the world from what we consume, to how governments are ran. 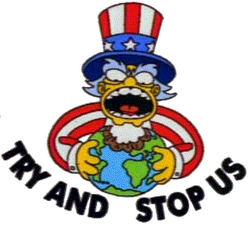 One of the main reasons westernization is combated against is because it is seen as a destroyer of customs and traditons. Areas such as the middle east dislike westernization due to western biases towards religious actions such as dressing women from head to toe. America is seen, by anti-westernizing nations, as an imperialist nation swaying the economy to its will and oppressing thoses who disagree with military force.
The video above is of a muslim religious and political speaker claiming the issues westernization imposes on the religion of islam.

Although with some resistance, westernization is slowly becoming a form of global culturization, making the world one homogenious unit. Affecting everthing from what we wear to how we make a livelyhood. Whether it is good or bad, the world is taking on a western style look.