New Technology and the World Wars

Right before the first World War the West was coming out of what was one of the greatest times of innovation and improvement. As one might expect to find many of those innovations were in the form of weapons to make killing more efficient. The rate at which you could kill became amazingly fast and is the cause of the theses wars being remembered so strongly. The human death in these wars was in the largest numbers the world has ever seen. Although some of the innovations were not necessarily negative and some did have good effects for humanity. 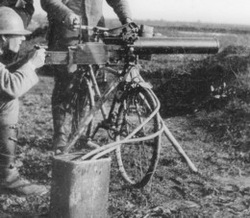 Soon before the first World War was when the first automatic weapon was first made and then soon after mass produced. The first generation of these weapons were able to fire 400 to 600 rounds per minute. Although they did have their draw backs as they were heavy, and took 3 to 6 men to operate and move. These made them bulky but effective when the placement was right. This made it so that one machine gun could have the fire power of many men.

In between the wars and during World War 2 the innovation did not stop. They found ways to make them fire faster, become lighter, and more accurate. Germany developed a machine gun that could fire up to 1500 rounds per  minute. Also the development submachine guns happened during this time period, which were smaller fully automatic weapons. With all the types of machine guns developed during the second world war it only took usually one person to carry and operate these weapons. Also the majority of the time they were mobile or could be mobile within in a matter of moments.

The impact on human life was huge. No longer could wars be fought in two huge lines, as one machine gun could tear through lines of soldiers armed only with rifles. Though that didn't stop commanders from trying these tactics in the first world war. The use of automatic weapons in both wars would lead to thousands if not millions of deaths. 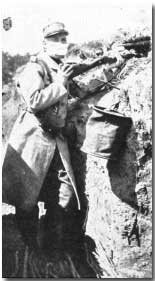 During the time of both world wars chemists were busy learning and understanding how elements worked and forming the basic background for modern chemistry as we know it. During the first world war gases like mustard gas and chlorine gas were discovered. Often soldiers couldn't see the gas and it was orderless. During the first world war it was used to great efficiency as once it was breathed in the soldier was basically dead.


During the second world war was when chemical weapons were used to kill millions for the first time. During Nazi Germany's holocaust they used these same chemicals from the first world war to kill their victims. Due to this new discovery in chemistry they were able to kill millions very easily, something that 50 years prior to it happening was something that was unimaginable. 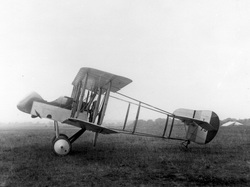 Planes were invented just at the dawn of the century. During World War One they were used but not heavily. They first dogfights occurred during this time but what their true potential was not found yet. They were not heavily armed and didn't have a far range so bombing was minimal.

Although by the second war they had become faster and more heavily armed. They were able to drop bombs from above their target with high precision. Dogfighting as well had become a great art of its own. These bombs by a single bomber were able to possible kill hundreds if dropped correctly. Deaths by bombing and planes would reach the thousands and is estimated to reach near the millions. 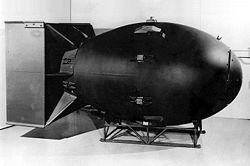 A picture of the first atomic bomb
The breaking of an atom made its first appearance at the end of the second world war. Still today this is the greatest achievement in technology with countries still seeking it. With both peaceful and destructive power. The second of which was shown at the end of the second world war. Killing over 100,000 people with each bomb. This is the greatest rate of death in human history. Although since then the peaceful use of creating power through this has been implemented positively throughout the world.