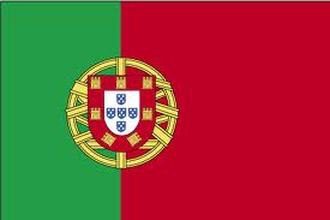 The maritime expansion of Portugal was the result of the threat to Mediterranean
commerce that had developed very rapidly after the crusades, especially the
trade in spices. Spices traveled by various overland routes from Asia to the
Levant, where they were loaded aboard Genoese and Venetian ships and brought to Europe. Gradually, this trade became threatened by pirates and the Turks, who
closed off most of the overland routes and subjected the spices to heavy taxes.
Europeans sought alternative routes to Asia in order to circumvent these
difficulties.

1: Portugal's location on the southwestern most edge of the Europe placed the
country at the gateway between the Atlantic and the Mediterranean.

2: Portugal was by the 15th  century a compact, unified kingdom led
by an energetic, aristocracy, with a strong military power; which, having no
more territory on the peninsula to conquer, sought new fields of action
overseas.

3: Portuguese kings were motivated by a deeply held belief that their role in
history was as the standard-bearers of Christianity against the Muslims. 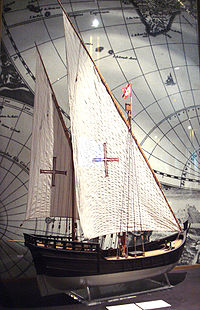 ·        Prince Henry's school of  Navigation led to a larger global empire of trading posts
initially along the  coast of West Africa and later into Brazil and East and
Southeast Asia.

·        Portuguese development of a school for navigation led to increased travel to trade with
West Africa, and resulted in construction of global trading-post
empire.

·        Prince Henry the Navigator was a Portuguese royal prince, soldier, and patron of
explorers. Henry sent many sailing expeditions down Africa's west coast, but did
not go on them himself.

·        Thanks to Prince Henry, Portuguese ships sailed to the Madeira Islands, rounded Cape
Bojador, sailed to Cape Blanc, sailed around Cap Vert, and went as far as the
Gambia River, and Cape Palma.

·        These expeditions were sent to create much-needed maps of the West African coast, to
defeat the Muslims, to spread Christianity, and to establish trade routes.
Prince Henry helped begin the Great Age of Discovery that lasted from the 1400's
to the early 1500's. 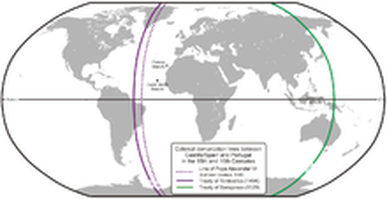 All they accumulated was what is today’s Brazil.

However they became very profitable using the slave trade in Africa.
African slaves amassed a huge profit for Portugal, controlling the trade from
the Atlantic Ocean, and Indian Ocean.

The exports were mostly shipped to modern-day Brazil in the Atlantic,
the Indian Ocean side the slaves were mostly sent to the Middle-Eastern and
Indian parts.

Between 1580 and 1640 Portugal became a partner, with Spain, in a
personal union of the two countries' crowns.

Though the empires continued to be administered separately, Portuguese
colonies became the subject of attacks by three rival European powers hostile to
Spain and envious of their successes overseas the Netherlands, Britain and
France.

With its smaller population, Portugal was unable to effectively defend
its overstretched network of trading posts, and the empire began a long and
gradual decline.