Causes of the French Revolution

The country of France had been fighting the Seven Year War with Britain. In order to fund their military the country had very high taxes. These taxes were often times very hard for the peasants to even be able to pay them. Let alone the fact that after they paid the taxes they had to also pay for what they needed to survive like food and such. On top of the massive debt that the war was accumulating, Louis XIV had been taxing them for his own wants. He used all his riches to create Versailles, one of the biggest palaces to ever be constructed. At the same time as this unfortunately there was a decline in food supply for a few years in Europe. With high taxes and peasants low on money this forced many to starve to death. The average French citizen as a result saw this inequality in wealth and started to dislike the government for this. 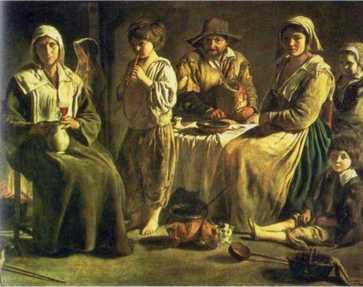 A picture of French peasants. In the picture you can see they have no food in their plates. 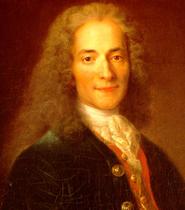 Voltaire, the French philosopher
The other main component that lead to the French Revolution were the ideals that were brought up during this time. Many developed by French philosophers. While the lower class were starving the middle class were learning of theses ideals. Idea that included but not limited to how and what a government should do and human rights. These ideas spread across the country that was full of citizen unhappy with Louis XIV. As these ideas spread in combination with financial reasons finally the citizens reached a pointed where they rebelled.