The cultural exchange between China and the West offered mutual benefit and achieved common progress. The Chinese Four Great inventions (paper making, printing, gunpowder and compass) as well as the skills of silkworm breeding and silk spinning were transmitted to the West. This greatly sped up the development of the entire world.

The invention of paper greatly contributed to the spread and development of civilization. Before the invention of paper, bones, tortoise shells, and bamboo slips were all used as writing surfaces, but as Chinese civilization developed they proved themselves unsuitable because of their bulk and weight. Hemp fiber and silk were used to make paper but the quality was far from satisfactory. Besides, these two materials could be better used for other purposes so it was not practical to make paper from them. Later the Silk Road allowed  China to spread their knowledge of paper making to the West further developing civilization.

During the Song Dynasty, moveable, reusable clay type was invented after numerous tests. Single types were made and picked out for printing certain books. These types could be used again and again for different books. Because of the large number of different characters in the Chinese written language, this technique did not have a dramatic impact at the time. However, with the English language this system was effective and Johannes Gutenberg later perfected the printing press. 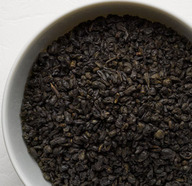 Unlike paper and printing, the birth of gunpowder was quite accidental. It was first invented inadvertently by alchemists while attempting to make an elixir of immorality. It was a mixture of sulphur, saltpeter, and charcoal. At the end of the Tang Dynasty, gunpowder was being used in military affairs. During the Song and Yuan Dynasties, frequent wars spurred the development of cannons, and fire-arrows shot from bamboo tubes. Through the Silk Road gunpowder was able to travel throughout the world and be modified into the gunpowder we use today. 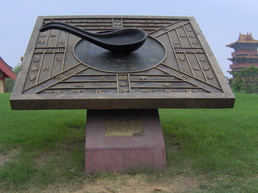 During the Warring States period, a device called a Si Nan became the forerunner of the compass. A Si Nan was a ladle-like magnet on a plate with the handle of the ladle pointing to the south. In the 11th century, tiny needles made of magnetized steel were invented. One end of the needle points north while the other points south. The compass was thus created. The compass greatly improved a ship's ability to navigate over long distances. The creation of the compass and its spread to the West over the Silk Road changed the world forever and made discovering the Americas possible.

More about the compass:
http://www.youtube.com/watch?v=esFBpzwKLHM&feature=relmfu

Silk fabric was first developed in ancient China, with some of the earliest examples found as early as 3500 BC. Silks were originally reserved for the Kings of China for their own use and gifts to others, but spread gradually through Chinese culture and trade both geographically and socially, and then to many regions of Asia. Silk rapidly became a popular luxury fabric in the many areas accessible to Chinese merchants because of its texture and luster. Silk was in great demand, and became a staple of pre-industial international trade throught the Silk Road.
In addition to technology material culture exchange was also underway on this long trade road. A large number of products of the West flowed into China, such as grapes, clover, walnuts, carrots, peppers, beans, spinach, cucumbers, pomegranates, rare animals, medicinal materials, flavorings and jewelry. Chinese porcelains and lacquers were traded into the West as well.